Home Blog What is Blockchain Technology?

What is Blockchain Technology? 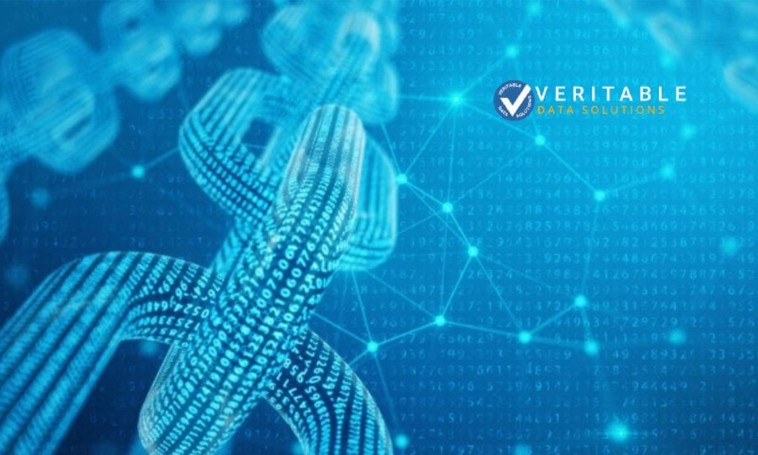 Veri-Lock™, a new app from Veritable Data Solutions, uses blockchain technology to protect the identities of  notaries and their signers. This technology helps notaries to prevent forgery, ID theft, and title fraud far more effectively than a notary stamp alone.

Just what is blockchain technology, and how does it work?

Blockchain is a revolutionary, promising technology because it has the ability to reduce risk, minimize the potential for fraud, and offer transparency in a myriad of applications. A blockchain is a distributed, decentralizedledger. At its most basic level, the technology features blocks of digital information stored in a chain of databases.

Here’s how it works: instead of copying or transferring digital information, blockchain distributes it. This decentralized setup provides transparent information access to everyone who is part of the blockchain’s network, making it incredibly difficult for any individual to corrupt the system.

Think of information on the blockchain like a shared Google Doc. Rather than editing and emailing copies to each other, every user views the same shared document at the same time. No one is locked out while other parties make changes, and all modifications are recorded and shared in real-time.

Of course, blockchain is more complex than a Google Doc, but the illustration makes it easier to understand three key takeaways:

It’s also important to understand that blocks in a blockchain store three different kinds of information:

How Does Blockchain Work?

When a block stores new data, four things must happen for it to be added to the blockchain:

As soon as a new block is added, a notary or other permissioned user of the Veri-Lock™ blockchain can view and confirm their data. Users can also opt to connect their computers to the blockchain network as a “node,” maintaining a copy of the blockchain and keeping the network functioning. Every node has access to the same blockchain, and any new blocks that are added appear automatically.

Think of the Google Doc analogy again—all users are viewing the same doc, and changes are made and viewed in real-time. On a grand scale, spreading the blockchain across a network of computers makes the information extremely accurate because there isn’t a single, definitive account for a hacker to manipulate.

Also, since every block references the hash of the block before it, changing one block would require a hacker to manipulate all the blocks that come after—in every single copy on the network. This provides “safety in math,” since hacking the blockchain would require an enormous amount of time and computing power.

Blockchain was originally developed for the cryptocurrency community. Bitcoin’s ledger was the first blockchain, making it different from traditional currencies that are regulated and verified by a central authority. If a user’s bank collapses, or they live in a country with an unstable government, their currency can lose its value. It was from these fears that Bitcoin was born.

In addition to cryptocurrency, blockchain has numerous promising applications.

Are you accustomed to waiting until Monday morning for money to show up in your account if you deposit a check on Friday evening? Even when you make transactions during business hours, it can still take one to three days to verify them. With blockchain, transactions can process in as little as 10 minutes, reducing risk and increasing security for consumers and banks alike.

When a healthcare provider generates and signs a medical record, they can add it to the blockchain, ensuring that the information cannot be altered. For security purposes, this sensitive data can be encoded and stored with a private key, so only approved individuals can access it.

The traditional process of recording property rights is costly, inefficient, and riddled with human error and fraud. When deeds are manually entered into the county’s central database, retrieving them involves tracking down physical files at a local Recorder’s Office. Criminals can also change physical files with relative ease. Using blockchain, property owners can trust that their deeds are accurate, permanent, and secure.

Consider that a physical notary journal is beneficial for identifying fraud after the fact, but a digital record can defeat fraud before it happens. As previously discussed, having a cluster of computers manage data rather than a single centralized entity makes it virtually impossible to falsify a single record without falsifying the entire chain. Thus, this technology preserves the integrity of notarized documents by maintaining a theoretically hacker-proof ledger and holding everyone involved accountable for their actions.

Three areas of notary services can benefit from blockchain technology: